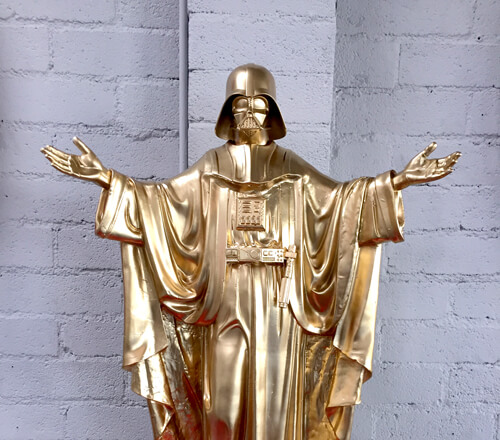 How Sket One Got His Name

The story is as casually brilliant as you'd expect.

Andrew Yasgar is better known as Sket One, the visual art icon. His body of work is expansive, from graffiti to murals, graphic design and Kidrobot Dunnys. Crafting objects that are intrinsically appealing, the artist has a seemingly effortless understanding of human taste. In his words this boils down to:

This innate understanding is perhaps best exemplified in the story of how Sket One he got his name.

The following interview has been edited for length and clarity. Why the name ‘Sket One’?

“I first started graffiti when I was about 15 years old, and there was this process of graffiti that you go through where you try to find a name or a nom de plume or some kind of code name for yourself. You can’t go around writing your name because then you’ll just get caught. I started playing. Being so close to New York, I would take the train into New York on a constant basis to visit family, and you would see all these names written everywhere. “Okay, I need a name.”

One of my good friends, Jimmy, who is actually a cop now, he was writing “Sket” as his name. He took it from the first four letters of “sketch.” We were talking and I ended up doing a piece for him. I wrote his name for the graffiti piece and I really, really liked it because of the way the letters flowed.

I hit him up and I was like, “You know, you’re not too serious about graffiti. You mind if I start writing ‘Sket?’” He was like, “Yeah, go right ahead.” That was around the age of 16, so from that point forward, I would write “Sket.”

That’s where it came from.

I laugh because it’s pretty uneventful. Most graffiti writers were given their names or they were handed it down, or somebody deemed them that name. Mine was more of like, “Oh, I like that, that’s cool, I’m going to use that.”

The “One” comes from a tradition in graffiti. People end up writing the same name, so basically, when you put a number after it, it tells you or the other graffiti writers where you are in the line of that particular name. If you’re Sket One, you’re the first to use the name. If there was another Sket and he wrote “Two,” technically I couldn’t get mad because he was writing the “Two.” That’s where there’s people that write “Rage Five” or popular names like Seen and other names, if they choose to write those names, they usually will have to change them in some way to make them different from the originator. It’s a respect kind of thing.

We’re curious about your Kidrobot collaborations. What was the first Dunny that you had the chance to work on?

So I went to an art show in New York. It was for Mark Bode, his father is a very well-known artist called Vaughn Bode and he came out with this character, Cheech Wizard. Cheech Wizard was a very influential character in graffiti. Graffiti writers would buy this comic book which Vaughn Bode created, and they would take characters out of that comic book and use them in graffiti pieces on the grain.

That particular night, I met Tristan Eaton, who was a co-founder of Kidrobot. As I was talking to Tristan back and forth, he said, “You do graffiti?” I said, “Yeah.” He says, “Do you illustrate?” I said, “Yeah,” and I broke down some of my work. He handed me a DVD and he was like, “Here, there’s templates on here. I’m coming out with a Dunny,” and this other toy called a Toro at the time. He said, “Do some designs and get it back to me.”

I was probably two or three years into illustrator, I didn’t know all the bells and whistles. Within three days, I turned in my designs.

It being Japanese influenced toys and graffiti influenced, growing up I loved Shogun Warriors. There used to be two-foot Shogun Warriors that I had as a kid. So it only felt right to do that particular toy but in this Dunny format. It was a Shogun Warrior. Would it be my first choice now? Definitely not. We all start somewhere I guess. They chose the design. Just because you design something doesn’t mean it was actually going to get made, which has always been a factor of designing toys.

It started all of this, opened the flood gates. I just laugh because it was so minimal.

The fact that they chose it was amazing. Then the night I first saw my sample, it was exciting. I was stoked because I’d made things my whole life. I’ve made art and I built things, and I don’t know, it was different because this was manufactured. This was something that went from the computer and to China and it was actually manufactured. It was a product. That was my first product. That turned around everything.

In graphic design I would see stuff that would be made, but I wouldn’t see it out in the wild, so to say. It was print and that was different. Yeah, you could still touch paper, but it wasn’t a three-dimensional object that had you on it.

It was really, really cool.

For more casual brilliance visit Sket One here, and here.

Sket One spoke to us as part of our ongoing series on color.