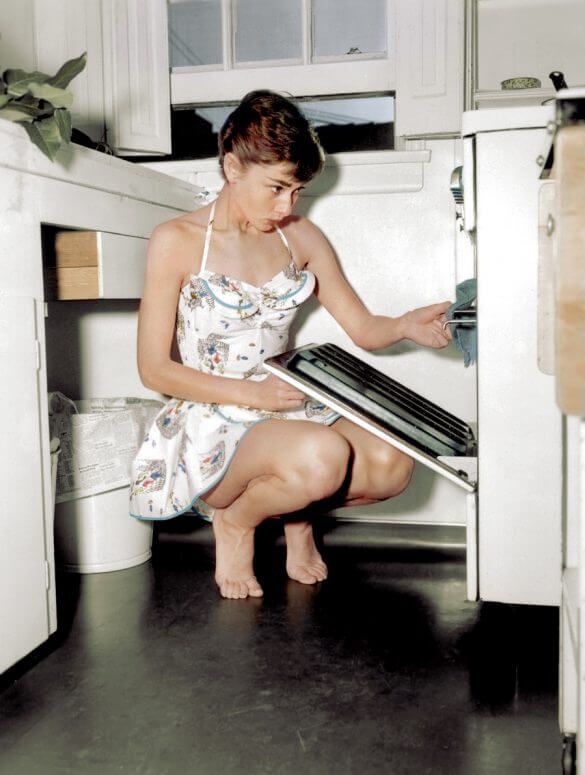 Known on subreddit r/ColorizedHistory as the moderator “klassixx”, and across the web as History in Color. Dana Keller is famous for photo colorization in which she breathes new life into black and white photographs of days past. With works featured on BBC, Major League Baseball and The History Channel, he creates a new familiarity with stars and icons from Audrey Hepburn in her kitchen to Louis Armstrong mid-practice session.

Read on to understand how Dana Keller applies color to shorten the distance between past and present.

This interview has been lightly edited for clarity and length. I want to enable the viewer to see it from a new perspective, as if it were actually a color photograph.

I colorize black and white photographs for many types of projects, including historical documentaries, archival collections, and multimedia.

My interest in it began when I had seen a collection of colorized photos online. They were receiving a lot of attention for being very realistic. To me, these images, while indeed very carefully and thoughtfully colorized, did not really look true-to-life, but more like paintings. They no longer resembled photographs. I had seen many colorizations before, and they have always looked very stylized.

it was unmistakable that they had been colorized, as opposed to resembling an actual color photograph. Having a background in art and several years experience with photography, I began to colorize photos myself and attempted to concentrate more on the subtleties of realistic colors and shading. I had the goal of eliminating as much as possible the viewer’s awareness of the fact that the photo was colorized.

There have been some talented artists that have taken colorization to the next level of realism.

A newer generation of colorizers have begun to approach colorizing with a real reverence towards history. They use their skills to eliminate the distraction of the “colorization”, ultimately bringing these scenes to life with a natural realism that hopefully connects the viewer to the past in a new way.

The Value of History

There is a great effort in preserving historical authenticity as well. We do a lot of painstaking research in order to provide as accurate a depiction as possible. I think that photographers of long ago would have preferred to use color photography if it had been available. That is not to say that there is anything missing aesthetically in a black and white image.

On the contrary, some of the most stunning photographs are in black and white, and color may actually detract from the gravitas present in such photos.

But in the very basic sense of accurately portraying the world we live in, color is essential to that relationship. Two most popular are Audrey Hepburn, and the photo of the girls delivering ice. Audrey Hepburn’s popularity is probably self explanatory, but I would never have expected the ice girls to have become one of the leading favorites online.

I choose photos that make me wonder what these pieces of history would have looked like in real life.

Often the most interesting are the ones that are slice-of-life images depicting often long forgotten aspects of everyday life.

Each photo is unique in its complexity and detail, so the range of time spent on a colorization varies greatly. A “typical” portrait without a lot of elaborate detail (or marks/scratches to be cleaned up) can take a few hours. Scenes with a lot more elements can take several days or a week to complete.

The Value of Color

The colors used greatly depend on the subject. Time periods, culture, and context are all variables to be considered. Researching all of these is a project in itself. It’s impossible to say what colors would be considered trending, but one thing that is for certain, is that vibrant colors were present at all points of history. It is easy to forget that when viewing black and white images.

Since colorizing is done out of a respect for history, it is essential to be as accurate as possible with color selection, which is in fact one of the most challenging aspects of colorization.

No color information is available in the grey values, so in order to preserve as much authenticity as possible, researching colors is a must. But since it’s of course impossible to research everything, that can only take you so far. It then comes down to some educated guessing. Grey values hint at what the possible colors could be. Mix that in with some context clues and historical knowledge, and you can then start to build a realistic portrayal of what the scene could have looked like. The key word there is could. I think it can be a very powerful tool.

It’s well known that the use of color is strongly influential in how we respond to the world. Certain colors can evoke excitement and pleasure, while others can bring about sorrow and somberness. Combinations of colors can create complex symphonies of emotions. It’s amazing that the very lack of color can do the same. What we perceive in these photos and how we receive them is greatly dependent on how color is used.

I had colorized a photo of women and children arriving in Auschwitz, taken probably hours before their deaths. The feedback was overwhelming, in that so many people expressed that the image had made the Holocaust events feel so much more real to them, as these figures of that tragedy became more familiar as real living people.

With black and white photos, people tend to feel distant and disconnected from the real and vibrant world those photos are actually portraying. And why shouldn’t they?

The world was never in black and white.

The reason these colorizations exist is to give the viewer an opportunity to see an image from history with a different perspective, a chance to connect to an increasingly distant, but still very real past, with real people who lived real lives.

This reveals the power of color and how it is so influential to our emotions and moods.

Dana Keller spoke to us as part of our series on Color. Explore more here.

Explore Dana’s work History in Color on his website.