The Power of Emotive Journalism, Music and Art 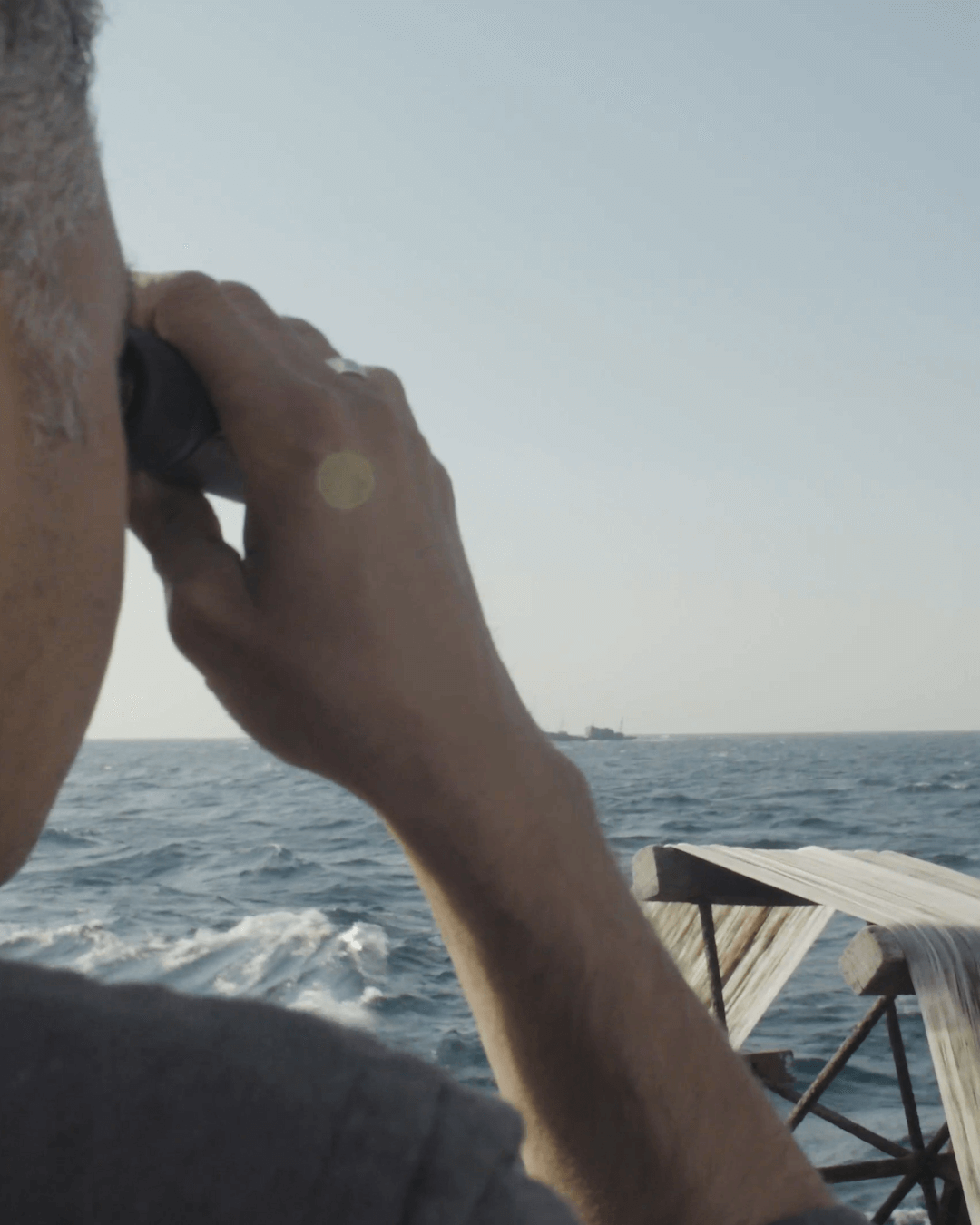 In daily life, we are overwhelmed by information. Attention spans are decreasing, and core truths are relative amidst a sea of fake news. In this media climate, our storytelling must be credible, compelling and creative to achieve social impact and inspire action.

On September 19th, we were joined by three gifted and passionate storytellers behind The Outlaw Ocean Project to discuss their approach: unconventional mediums and multi-sensory messaging to galvanize audiences and save the sea.

Listen to the Podcast:

The Outlaw Ocean is based on five years of reporting, much of it offshore, exploring lawlessness on the high seas. Urbina has since launched The Outlaw Ocean nonprofit, which engages in innovative storytelling practices on ocean issues, including The Outlaw Ocean Music Project.

From Vancouver to the Westfjords of Iceland to the Virgin Islands, those who joined to engage in this crucial conversation are separated by oceans, but connected just the same.

The oceans that connect us are a frontier; a bustling zone where more than 50 million people work. As suppliers of protein for nearly half the world and 90% of commerce traversing this space, the oceans are crucial, beautiful and dangerous.

For all of its breathtaking beauty, the ocean is also a dystopian place home to dark inhumanities. The rule of law, often so solid on land….is fluid at sea, if it is to be found at all.“  – Ian Urbina

What started 5 years ago as an investigative exploration for the New York Times, The Outlaw Ocean Project sought to explore the realm of the oceans, chronicle the people working on them and highlight the diversity of misbehavior ever present.

From sea slavery, murder, Illegal whaling, over fishing, abortion providers, the ocean is a wild place of heroism and deprivation.”  – Ian Urbina

This paved the way for long-form narrative storytelling in the New York Times best selling book, The Outlaw Ocean: Journeys Across the Last Untamed Frontier and, subsequently, the founding of the non-profit journalistic outfit by the same name. Ian and the team behind The Outlaw Ocean Project seek to innovate how content is rendered and use alternate methods of distribution to convey a message.

A lot of the things we talk about are emotionally rich, dark and powerful. It merits something more than an article, it merits a story; one that drips with high-gloss writing.” – Ian Urbina

To tap into the emotionality of his journalism, Ian Urbina engages in unique ways of telling the story; through visuals and music.

Musicians being storytellers, they use sound to convey messages. Through 5 years of reporting, storylines and video footage were combined with the real textures of the environment: From machine gun firings in Somalia to chanting deckhands on the South China Sea. We took these pieces, and then we approached musicians and asked them to take these ingredients, and as good chefs, make something out of it and tell stories based on what moved them.”  – Ian Urbina

This is what gave rise to the Outlaw Ocean Music Project, an endeavor that has swelled to encompass the work of over 400 artists from 80 countries. From hip hop to classical, each artist samples original audio recorded during investigations at sea, to create a rendering of the all too-common plights using their own style, emotion and inspiration.  The project is made unique through reinventing what it means to tell a story.

Partnering with artists in over 80 countries, with audiences of more than 90 million – That is a key method of connecting people in a way that words can’t. That’s how we are able to take this significant issue to a level that can connect with people who otherwise would not have been exposed to the words that Ian has written.  – Charlotte Norsworthy

While he was out at sea, Ian asked himself: “Why do movies have to be the only things with soundtracks? Why can’t books have soundtracks?” Philip G Anderson speaks to the impact of music’s emotionality:

Music is able to connect with listeners in a deeper and more emotional way than words alone. Reading this book, many of these stories are powerful and extremely impactful on their own. But music can add that extra emotional impact that creates a true sense of urgency, and the need to address these issues.

Philip describes the way music puts the listener in the subject’s shoes, on the boats and in the conditions rather than just reading the story of what’s happening there. The album’s title track, “Help Us”, sets the scene of what listeners experience throughout the album.

The ocean is a massive, expansive, beautiful place. But bad things happen there. The first piece [on the album] sets the tone. I sought to do that using the tones and textures through string swells and ambient piano and the recorded sound Ian captured while out at sea. Underneath the entire track is a recording of the ambient sound of being out on the ocean.  – Philip G Anderson

Philip’s piece is haunting, eerie and beautiful. After reading Ian’s stories of abused and murdered crewmen, and other tragedies at sea, it is written a cry for help to encourage listeners to take action to improve the conditions on the boats and for those working them.

That has been my goal throughout the process of creating this album: To Connect the listener in a more emotional way to these stories, so that action can be taken sooner to save lives here. – Philip G Anderson

Throughout the musical process, Philip aims to tell a story and lead the listener on a journey. Participant Nicholas Bridwell comments that the tone of this composition is both ethereal and conflicted – A wonderful accompaniment to the book, “which does tend to break your heart a couple times per chapter.” Philip discusses how the impact of the stories made his role as a composer much easier.

This may have been one of the easiest projects I’ve ever written for because of how inspiring the content was. I never had writer’s block. I was never sitting there thinking “I don’t know how to convey this”. After reading the stories, they impacted me so much that I literally sat down and ideas flowed. It was an easy project to write because of how impactful the stories were. – Philip G Anderson

Philip’s full album for The Outlaw Ocean Project will be released on October 9th. Please visit www.philipganderson.com and subscribe for project updates.

People consume too many words in their daily lives, through work, school, and the endless influx of news stories. Ian Urbina asks, “why don’t we get to people through their heart first, and then have it bubble up to their head?”

Where an article is an infusion of information, a story leaves a lasting impression through the narrative it unfolds. A participant of the panel notes that in advertising, it is said that people need 7 repetitive touch points for information to stick. “It is interesting that music (rather than copy / text) can get us there.” Another participant of the panel notes that “art, music truly does connect us through creativity, allowing us to focus on group action. [What a] wonderful way to see how creativity focuses change.”

We all were able to just listen in synchronous to Philip’s piece, Help Us, and we would all have a different interpretation and set of feelings that came into our hearts and minds, and a different motivation that stemmed from that collective experience. Having a deeper impact means a longer, more lifetime learner when it comes to issues that matter, like the oceans.  – Charlotte Norsworthy

Each one of us is categorized by our professions. As Ian Urbina discusses, we each tend to stay in our “lanes”, but daring experimentation involves cross-collaboration and bringing together experts from various disciplines to arrive at a holistic solution.

Social change must consider longevity. In a modern time of short news cycles and attention spans, storytellers must find ways to break through the noise. By approaching the problem from an emotive angle, The Outlaw Ocean Project forces us to stop and think about more long-term solutions, and the project’s emotionality allows for this longevity. Charlotte Norsworthy summarizes:

We are innately connected by the world’s oceans. Even if you are in a landlocked state, or if you don’t frequent the oceans yourself, we are all complicit in the activity that takes place there. That means we should be approaching the way we tell this story in a global fashion.

To learn more about the Outlaw Ocean Project, visit the website.