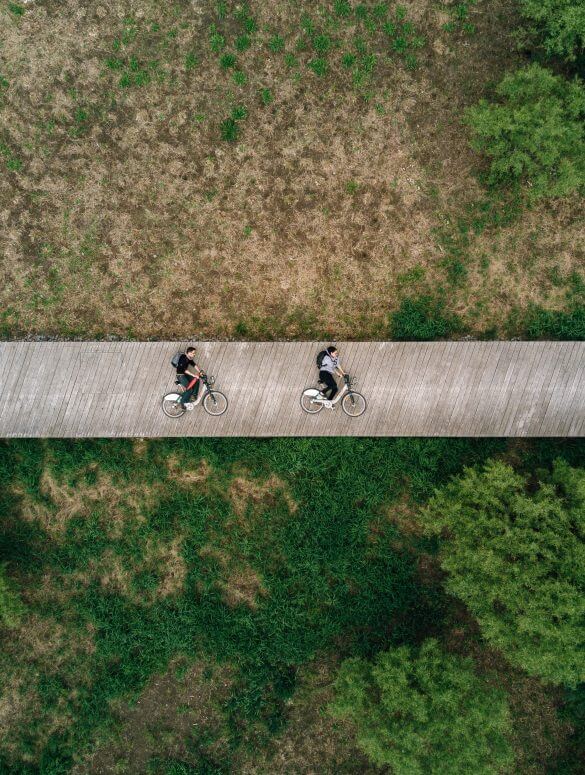 The Burden of Wilderness

SuperNatural: The Burden of Wilderness


In Vancouver, nature looms large. Snow capped mountains form a dramatic backdrop to the city skyline. A thousand acre temperate rainforest is located just blocks from the downtown core. Water surrounds the city on three sides in the form of bays, inlets and rivers. In the 1980s, the British Columbia Ministry of Small Business, Tourism and Culture developed the campaign ‘SuperNatural BC,’ promoting and defining the province by its spectacular and diverse Edenic scenery. The SuperNatural campaign reinforced the primacy of nature over culture, placing wilderness at the fore of provincial and civic identity. Landscape architects working in this context have had to contend with the burden of wilderness. This, in a place where ‘landscape’  is forcibly equated to ‘Nature.’

Vancouver’s obsession with its natural environment is in keeping with a general Canadian preoccupation with wilderness. “Above all, [Canada] is a country in which nature makes a direct impression on the… mind,” Northrop Frye writes,

… a country divided by… great stretches of wilderness, so that its frontier is a circumference rather than a boundary; a country with huge rivers and islands that most of its natives have never seen… this is the environment that [Canadians] have to grapple with, and many of the imaginative problems it presents have no counterpart in the United States, or anywhere else.

A Preoccupation with Wilderness

In size, Canada is second only to Russia, yet its population, a mere 33 million (almost a tenth of the USA), largely huddles close to the American border. The myth of the great, unpeopled Canadian north was elaborated by the Group of Seven. Their collective manifesto was to capture in paint what they saw as a distinctly Canadian consciousness. The Group found Old World approaches to painting ineffective in expressing the “authentic” Canadian landscape. The group sought to paint what they saw as the “essence” of the land through a grounded knowledge of particular, remote Northern landscapes.

An Active and Intimate Wilderness

While the Group of Seven’s imagery reflected a predominant focus on Eastern and Northern Canada, the British Columbian painter Emily Carr, loosely affiliated with the Group, offered a divergent image of Canadian nature, one particular to the Pacific West Coast. Carr joined the Group’s quest to express the nation’s cultural identity by painting the coastal landscape, but her style and choice of subject matter redefined what landscape could be. While the archetypal Canadian landscape for the Group of Seven is one of pristine and rugged emptiness, Carr’s is an active and intimate wilderness inhabited by people, where people and nature are closely intertwined.

Carr’s writing at times seems old fashioned in its fascination with transcendentalism and the sublime, but in her painting there is a persistent determination to articulate something beyond, and perhaps counter to these concepts. Her assertion that nature projects its own subjectivity, and that it is intertwined with culture, anticipated an alternate practice for landscape architects working through the myth of virginal Nature as the “scenographic other.” Carr’s writing and painting embody three related landscape characteristics that distinguish her conception of nature from her contemporaries and suggest alternative approaches to design.

An excerpt from Kelty McKinnon’s essay ‘Supernatural: The burden of wilderness’, within the book ‘Grounded: The Work of Phillips Farevaag Smallenberg’

Contributor: As a landscape Architect and Partner at PFS Studio, Kelty McKinnon specializes in the creation of unique, innovative public spaces that are both culturally and ecologically rich. Her work spans across scales from intimate gardens to cultural precincts, and includes waterfront parks, streetscapes and public plazas.